SC Blog Page
Were still in operation, at least for now - stay tuned

Whats Up with Silent

Page 1 of 13
Bill was born with Asperger Syndrome. He went through his life living with his symptoms, All the while he didn't know that he had it, till he was in his mid 50s.
As a child, Ramirez's home was always filled with the gospel music that his mother favored. Listening to secular music was a rare treat for him and his four brothers and sisters. Issues in the family home left Ramirez homeless and alone at the age 11. Wandering the city streets of the San Francisco Bay Area, he found shelter and food through church charities and city sponsored homeless programs through out the mission district and downtown tenderloin area as well as the handful of runaway youth shelters. 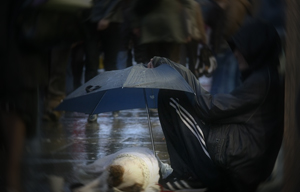 At the age of 12 he began learning to play "air" drums by listening to the drum parts in songs on the radio while dreaming to play in a real band. "Billy" was the homeless kid that had the drum sticks sticking out of his back pocket, beating on buckets and tapping on whatever he could to kill time. It wasn’t until a local musician friend, Joe Rossi, got him behind a real drum set at the age of 16 that playing real drums with a real band became a reality. Billy learned to play the drums way before he actually touched one. One could say he dreamed how to play.

Bouncing from band to band, Ramirez began his life-long musical journey, picking up other instruments along the way: bass, guitar, and even lead singing; anything a group needed, he was always eager and open to do, anything just as long as he could be in a band. He spent the rest of his teen life homeless in and around the local music clubs, always hanging around the practice pads in the Bay Area and in "People's Park" in Berkeley, He kept to himself mostly, always found drum circles that would spring up on the Berkeley campus , there was always new bands needing a drummer or some help. he spent the good part of his teen struggling with his Asperger symptoms, much of his problem was that he wanted to live a good christian lifestyle, installed by his mother and early family upbringing,  but didnt have any church that he was accepted in or had friends who wanted to be in a christian band. he always had the idea all his suffering had to be because God wanted him to do what was right. The Asperger syndrome was something he didnt know he had, he was always isolating himself away from people cause they were 'bad' influence to do whats good..allot of things he was going through on the social front had allot to do with his Aspergers, symptoms, he was always looking for little private places to pray often crying for God to help him out. He figured the more he did that ..the better his chances would be find a good band or set of friends to be comfortable with. He found no band or friends through his teen years that could live up to his hopes and prayers. he took it as a sign that God had other plans.
At the age of 18, he got into a relationship, got married, had three kids, and eventually disappeared off the map of the music scene. He continued composing songs on an old four track, playing the bass, drums, and guitar, as well as singing, sometimes coming up with as many as four or five songs ideas a day. Having time to be with his family, he settled down and worked in solitude, nursing ideas, not having any friends. He was always alone without any friends, having lived on the streets he found his personal relationship with God was as good as it ever got.
Now that he had his own family and home, it was a lot more then he had ever had.  Billy remained isolated with his music for 10 more years praying  that one day he could do something productive with his old music companion. Then one day Billy's mother stopped in for a visit and brought a friend from her church. She said that God told her in prayer at church to bring this guy over to meet Billy. This guy turned out to be a drummer named Dave Affonso. Billy and Dave talked about the idea of putting a christian group together to play outside and inside of the churches.

It was not until 1995 that Ramirez finally formed his first band "Silent Confession" a crossover christian band with lyrics about personal spiritual struggles, himself on guitar and lead vocals, with friend Dave Affonso on drums, and bass player Hank Powel. About a year into practice the first of a series of tragedies struck the band with Affonso being shot point blank with a .45 six times by a jealous ex-husband, who also shot and killed his ex-wife who Affonso had been walking down the street with.

Affonso miraculously survived the shooting and recovered, after sometime in the hospital, to regroup and play in the band, forming a hard rock trio playing gigs around the San Francisco Bay Area, including the famous Six Flags in Vallejo.

Silent Confession put out the 2000 release "Wake Up Forever", after which the band took a short leave of absence. During that time new 17 year old bass player Corey, who had replaced the original bass player Powel a year before, was killed by a local gang, mistaking him for someone else.
At this same time Ramirez went through a bitter divorce, after 16 years of marriage, with three kids in their teens. Homeless again after his divorce, Ramirez tried to regroup Silent Confession with a new lead singer, Stacey Clark, in 2003, but on the first day of official practice she was hit by a car being driven 40 mph, while walking home on the sidewalk after band practice. The driver was a teen who had fallen asleep at the wheel. After a month and two weeks in the hospital she walked out, recovering from three shattered vertebrae, a broken leg, concussion, and countless stitches, and in a "halo" traction device. Reviewing all the tragedy that plagued the members, Ramirez decided to end the band. Ramirez moved Clark to Lake Tahoe, the two started a small business, got married, and started a family. Five years later, Affonso and Ramirez, together with his wife, came together over dinner and talked about trying again.

In 2008 Ramirez changed the band's name to Silent Company, and recruited Dawn Culbreth as lead singer. Culbreth penned the regrouped trio's two new songs, "Pressure" and "Scream", which were included in the 2013 compilation album "Eternal". After three months and two songs of playing together in the studio the members dissolved due to monetary and geographical issues, until all members could be relocated closer to Ramirez's home base.
See videos of us jamming out live on the internet with Dawn when she was here
During this time Culbreth was in contact with Ramirez and had been making plans to get together to make more music, but Culbreth, in her 30's, tragically passed away in November of 2012 in her sleep.
Ramirez continued to seclude himself in his studio, putting down his guitar, loosing himself in experimental electronic music, sometimes reaching out to collaborate with other vocalists from around the world via the Internet, releasing over 20 tracks that he gave away for free through a website he created and developed himself, www.silent-company.com., but after so many years of hard work, the website all of sudden disappeared.
The website was totally erased. The friend of Ramirez who had owned the server just disappeared, going missing, never to be heard from again. The site was completely gone, without any backups, because it was the cloud server for all of Ramirez's saved site backups. The only thing left is screen captured images inside of Internet archive here: https://web.archive.org/web/20131021131028/http://www.silent-company.com/index.php. The now working website had to be rebuilt from scratch.
In the winter of 2013, Elisabeth Popp Sambleben briefly joined the group as lead vocalist/lyricist, but had to resign in May of 2014 for health reasons.
It was during this time that Silent Company had set itself toward releasing a new song every month, give or take, so Ramirez was left with only one option - pen the lyrics himself, just like the old days when it was him, a four-track, and a head full of song ideas, and to sing the tracks with his now-wife Stacey, Edd to the fans. She had remained a group member since her accident, in a more behind-the-scenes role, but now stepped forward to assist with vocal duties. All they had been through together had proved to be a catalyst for the "Dynamic Duo", as they've been called, to finally come together, releasing at least one song every 5-to-6 weeks for their growing number of fans and supporters, who they've dubbed "the Rockstars". Silent Company's tracks, to date, have won numerous awards at Beat100, Poze Productions, and around the web, and have been featured in international press releases. Their fan base on Facebook, Twitter, and YouTube continues to grow, and the duo's outlook for 2018 and beyond is the most positive its ever been. 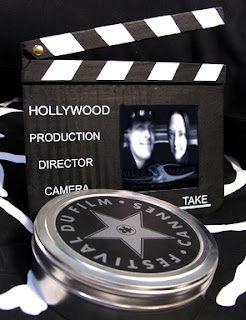 2017
What? a movie now? Looks like the storyboard for a movie is in the works. If all goes well we could start shooting along side with the production of our next album. Will keep you posted.